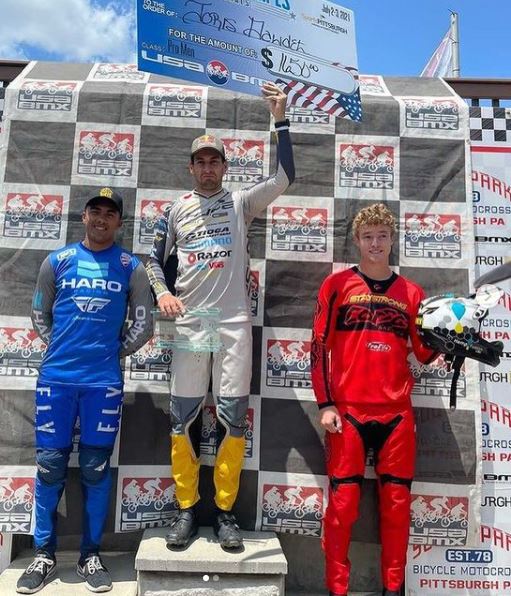 Over the 4th of July weekend, pro BMX rider, Joey Leto, raced in the Stars and Stripes nationals held at the renowned South Park BMX track. Athletes from all over the country traveled to compete in the three day race that started on Friday, July 2nd and ended Sunday, July 4th.

“Friday racing was rainy which made track conditions rough for day one,” Joey Leto wrote. His race day ended in the qualifying rounds.

On Saturday, Joey rode much better, qualifying into the A main out of 32 elites for the second time of his pro career. He placed 3rd in the A main, making his first elite men podium. This was a huge accomplishment for the newly professional racer, as he stood on the podium along side Olympic athlete Joris Daudet and Kameron Larsen. For many athletes, this was the last race they would compete in before the Tokyo Olympic Games.

“Overall I had a great race weekend and came up with the best result I have ever gotten in the elite men class,” Leto wrote.