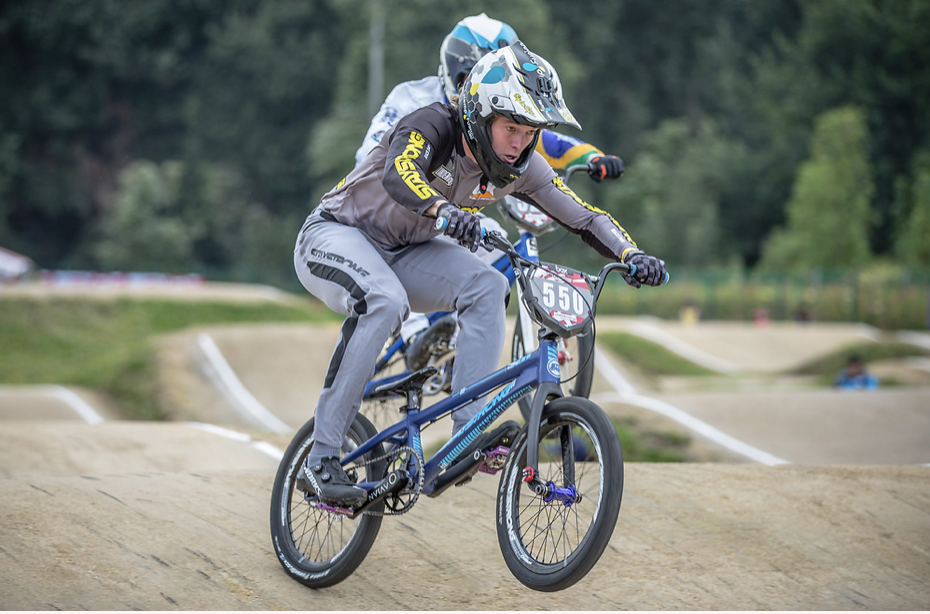 Joey Leto raced in his first ever World Cup rounds 5 & 6 in Bogota, Colombia last month. He arrived in Bogota Monday 9/19 and had a week of preparation before race day on Saturday and Sunday. His first practice session was on Wednesday the 21st. The track was much more technical than any USA track he had competed at. “The biggest difference was how steep everything was. It was a bit tricky to figure out, but I felt confident with the track by the end of my first practice session,” said Leto.

His next practice session was on Friday 9/23 where he competed with other competitors from the under 23 categories. UCI classes are a bit different than USA BMX classes. USA BMX only has Men Pro, whereas UCI has a U23 pro class which is racers who are under the age of 23 and an elite men pro class which is not age specific.

Leto’s first World Cup races were on Saturday the 24th. The atmosphere was much different than any race he had done before. One of the biggest differences was that every racer had a transponder on their bike that measured lap time. The lap time was used for gate pick in qualifying rounds. During USA BMX races, gate pick is determined based on previous placement instead of lap time.

After the first two qualifying rounds there is an hour-long break before starting the quarter-finals. “This hour felt like an eternity to me,” Leto recalled. “I felt like I was going to throw up the entire break. My mind kept thinking about how much more aggressive racing was here compared to a USA BMX race. I also wasn’t at ease because I didn’t know any of the competitors I was up against whereas in a USA BMX race I know everyone I race with. Luckily, I had some coaches from USA cycling to calm my nerves a bit before my quarter.”

Leto qualified out of the quarter-final round, and the semi-final round was next. “I was a bit more relaxed going into the semi, but I felt it was mostly just because I was fatigued from my quarter-final. Walking up the hill to race my semi, I felt the stress and nerves just as I did in the quarter, but was ready to get it over with. I raced my heart out in the semi and made moves from the back of the pack after a bad start to a 3rd place finish qualifying into the main event at my first ever world cup. This was a huge accomplishment for me and it felt good to prove to myself that I can be just as competitive at an international level as I am at a domestic level.”

The next day, Leto raced well, but not quite as well as Saturday. He finished 5th in the semi-final, just one spot shy of 2 main events.

There was a week between rounds 5 & 6 and 7 & 8. Leto practiced on Tuesday and took the week off to rest for the next race weekend.

Rounds 7 & 8 were challenging. On Saturday 10/1, he struggled in the early qualifying rounds. There were a lot of south American riders in his early races who were known for making good passes in the turns. He was out of the race early on Saturday, getting put out in the quarter-final. Sunday was a bit better, but Leto still came up short of making the final. “I felt great all day and had the 5th fastest lap time in the class that day. I qualified into the semi-final but unfortunately did not make it out of the semi into the main. I felt the best in round 8 and hit my fastest lap time so I was bummed about not making it into the final,” he recollected.

“Bogota was a great experience for me and traveling the world to race is an incredible feeling. I look forward to racing more in the future. Route has helped me tremendously in making these events possible and I am thankful to have their support in future events,” said Leto.